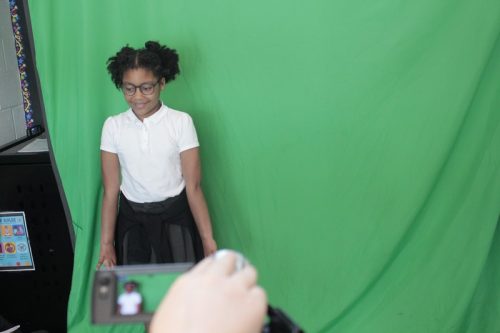 Mr Baddhan discussed with the children how weather reports are put together using a green screen.

The scripts were written with Mrs Calbreath in a previous English lesson. 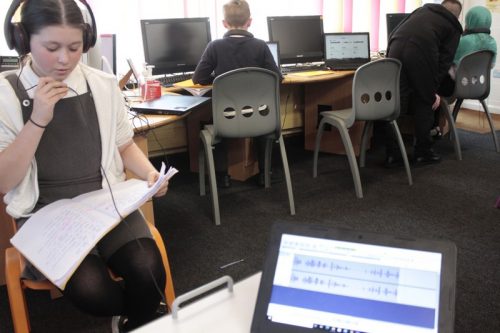 In the last couple of lessons in Computing, Year 5 Kestrels have been learning about a new program called Audacity – a sound editing tool. It allows children to edit their recordings and then add sound effects.

Here are some examples of Year 5’s atmosphere recordings.

I’m sure you agree, some of the recordings sound fantastic creating atmosphere and realism to their stories. 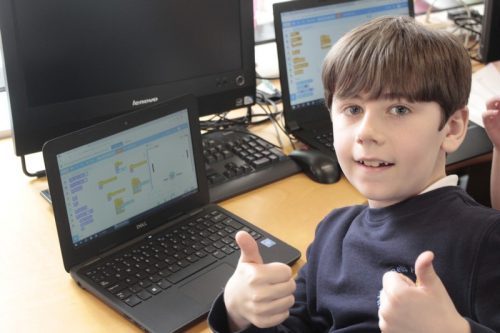 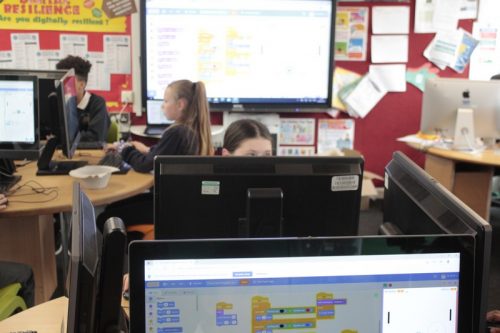 In the last few lessons, the children have been using different programming blocks to create their games. They have used motion, operators, repeat and variable blocks.

At the end of the lesson, Kestrels tried each others games out giving feedback on each.

Here are a sample of a few completed games. 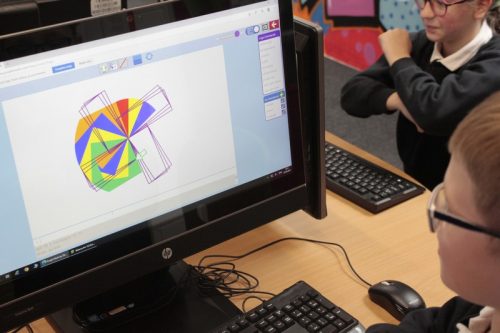 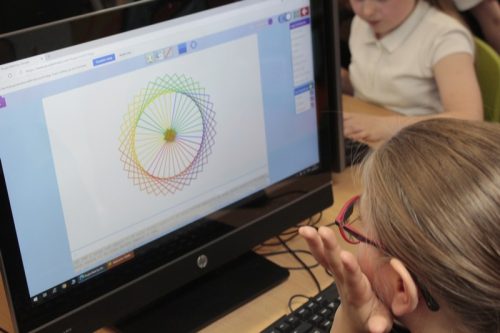 In Computing, Year 5 Kestrels continued to work on coding in Logo. Today, Mr Baddhan introduced the children to procedures – where we are teaching the computer to draw a shape.

The children were wowed at how the program could be taught how to create shapes.

Mr Baddhan was really pleased with the children’s work and the patterns created.

In Year 5 we have completed our ‘Here we are’ topic. We have read and studied the book by Oliver Jefferies and produced some incredible work.

The children wrote beautiful poems to go with their day and night pictures, and produced leaflets to inform people about coronavirus. They drafted letters to a special person in their life and came up with their own suggestions for why planet earth is such an incredible place.

Finally they drew pictures to represent themselves and detailed what their hopes are for the future are. We have really enjoyed the topic and here are some pictures of our amazing. 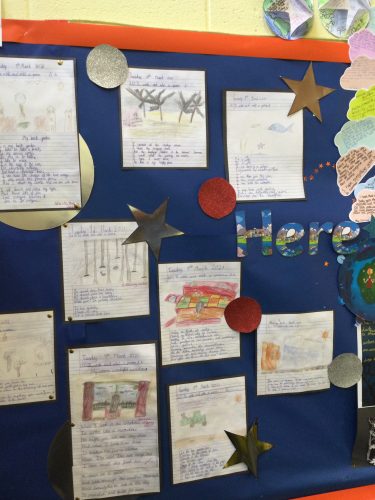 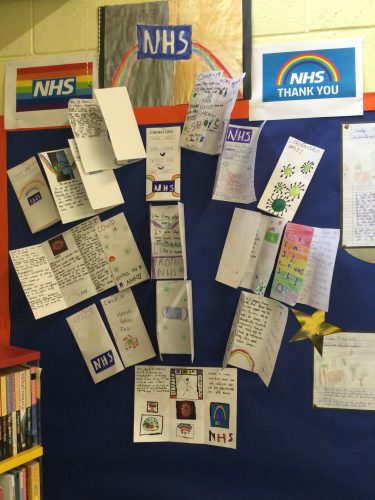 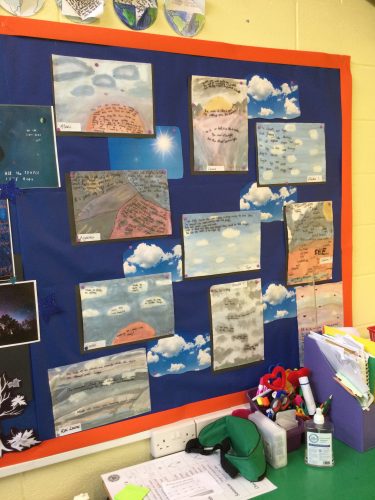 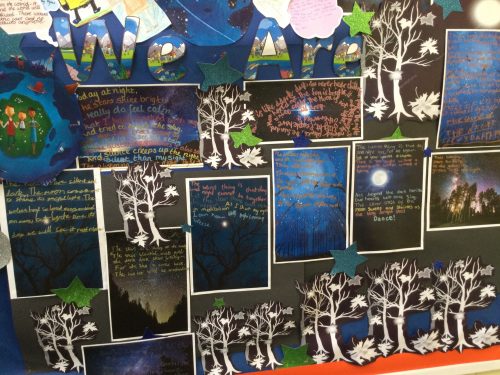 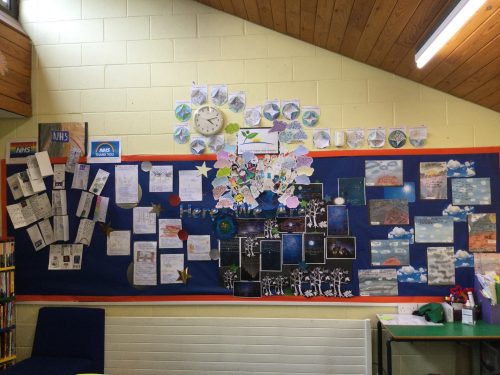 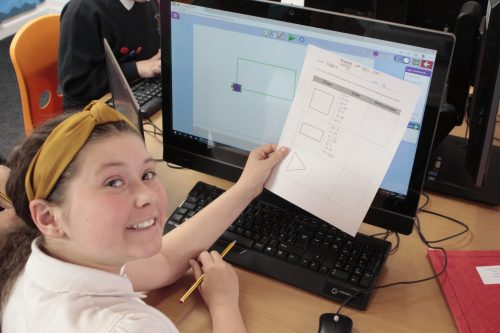 Kestrels enjoyed developing their programming skills using Logo. Once the children had mastered making squares, they moved on to creating rectangles and triangles. The children showed excellent critical thinking throughout the lesson, refining their algorithms, to create their desired effect.

The children used code including fd (forward) 5 rt 90 (right turn). It was important understood their angles from their Maths lessons to ensure they could create the correct shapes. 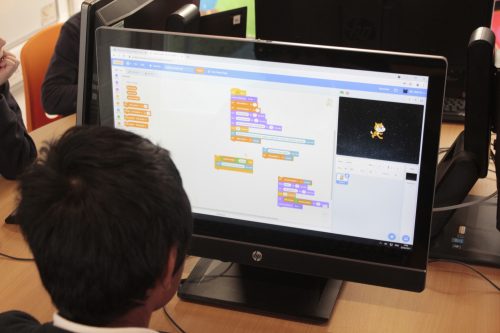 During Computing today with Mr Baddhan, Year 5 Kestrels programmed a maths cat to calculate addition, multiplication and other maths formulas.

Kestrels showed some fantastic programming understanding of variables and sequence in Scratch.

Here are some examples of the children’s work: 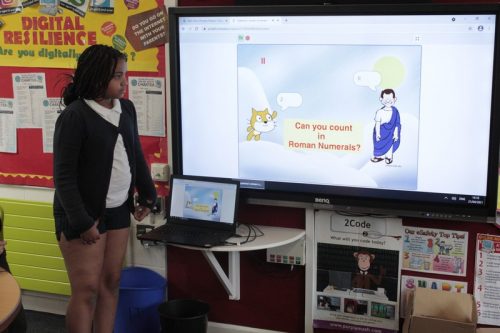 Kestrels continued with their understanding of variables in Scratch with Mr Baddhan today.

The Kestrels were asked to use the variable blocks, repeat and if, else functions in today’s task.

The children then tried to add their voice recordings to say the sound as the numbers were appearing on screen.

Here are some examples of completed work:

Year 5 got off to a flying start with their sessions on Behaviours for Learning. They all had super reasons why listening was vital in order to learn, and came up with some super ideas of how they’re going to stay focused this term.

They tested their listening skills by guessing a range of sounds…it was a lot of fun and taught them just how focused they need to in order to recognise even the most common of sounds. 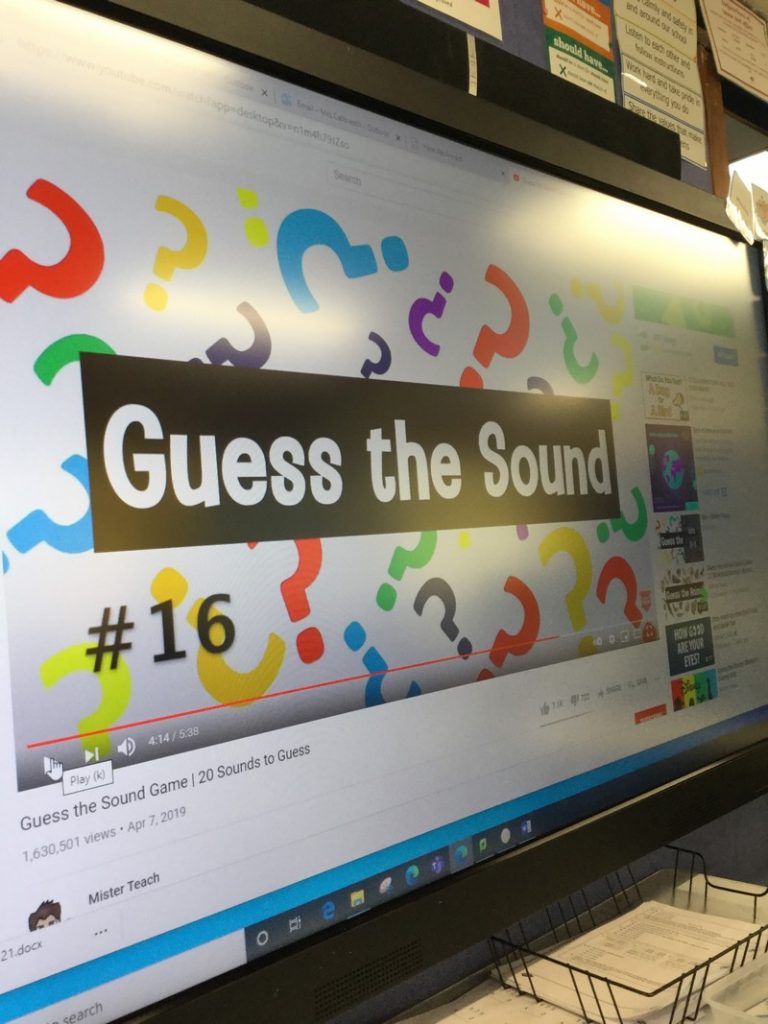