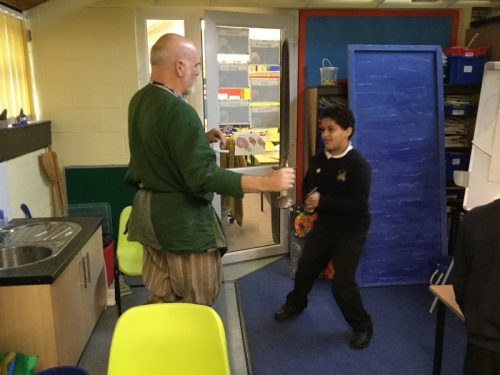 We thought you’d like to see some wonderful pictures we took when the fabulous History man came in last week to teach the children all about the Anglo-Saxons and the Vikings. 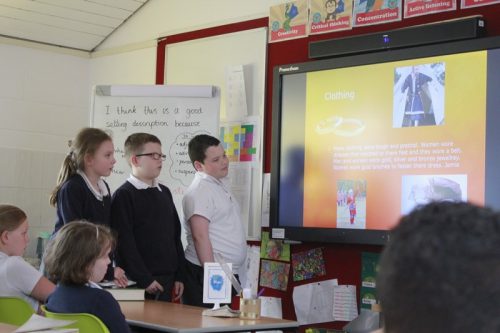 Year 5 Kestrels have been spending time researching Viking life using the iPads and various information books. Once their information was collected and recorded in their History books they teamed up with a classmate to create a presentation using Microsoft PowerPoint. The children loved making their presentations, especially when it came to adding the transitions and animations to their slides! Some of them even included sound.

Today the children presented what they had created. It was really great to see how much hard work and effort all of the children had put in! All groups worked really well together and helped each other through the performance. Well done Kestrels.

Year 5 have been spending the afternoon researching Viking life. They have used the internet and information books to find their research. This is in preparation for the children creating a presentation and presenting it to the rest of the class.

Year 5 spent the afternoon finishing off their Hessian bags. The whole class have shown good creativity and perseverance. Take a look at some of the final designs. 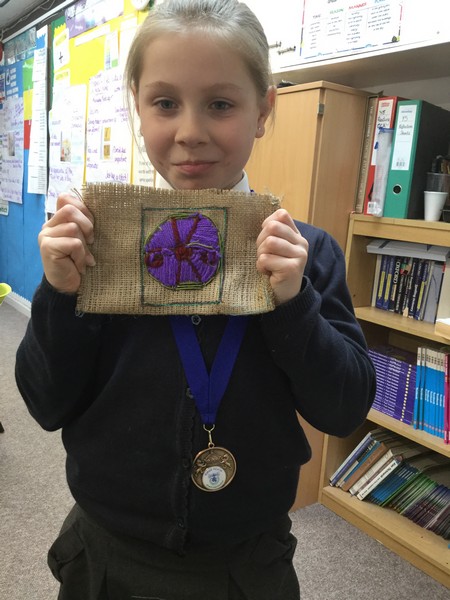 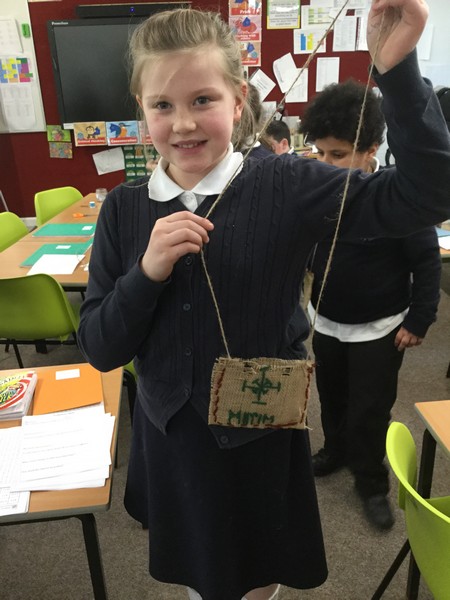 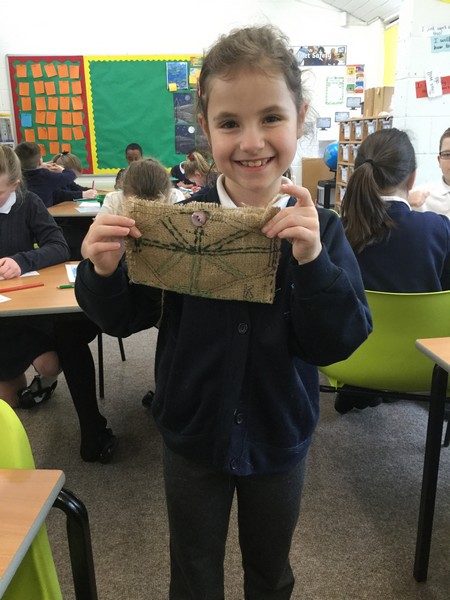 Year 5 are nearing the completion of their Anglo Saxon bags. The final touches of buttons and handles were added today. 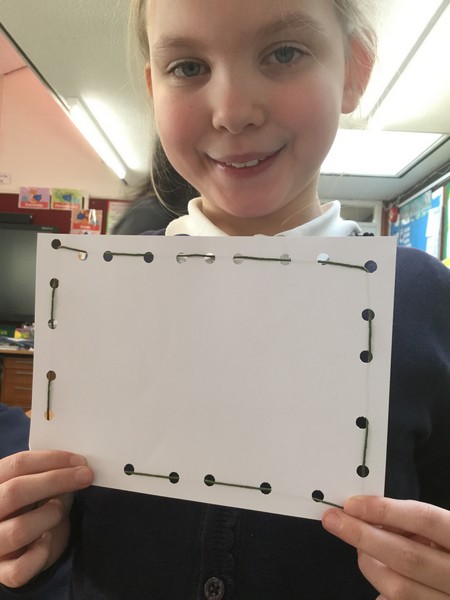 Year 5 investigated Anglo Saxon bags this afternoon. There were many ideas for the possible purpose of the bags:

The children then practiced their sewing skills on some card…that was interesting. They were great at sewing, threading the needles was a little trickier, it took a lot of concentration and fine motor skills.

The children also had a go at practicing drawing accurate lines. The lines had to be precise measurements, which is another skill in itself.

There are designs to be investigated and make, ready for tomorrow‘s lesson.

Year 5 have been busy researching again…

Their task was to find out:

• jobs in Anglo Saxon times
• children
• what they ate

Then they had to compare then and now.

We found out that the jobs (which were mainly mens) were quite physical and often outdoors, things like: farming, blacksmiths, building.

The children did not go to school, they learnt things from their parents. Boys learnt whatever trade their father had (as well as hunting, gathering eggs and building) and girls learnt weaving, cooking etc. Girls often were married at 10 years old! Also, their toys were handmade, sometimes out of wood. They would play with dice and counters too.

Because they farmed the land, many of the foods are similar to today They ate a lot of vegetables, in fact most anglo Saxons were pretty much vegetarian, as there was little meat around. When they did have meat it was deer or wild boar.

Great fact finding Year 5. Well done to Sophie S. for putting all the children’s points on the board. 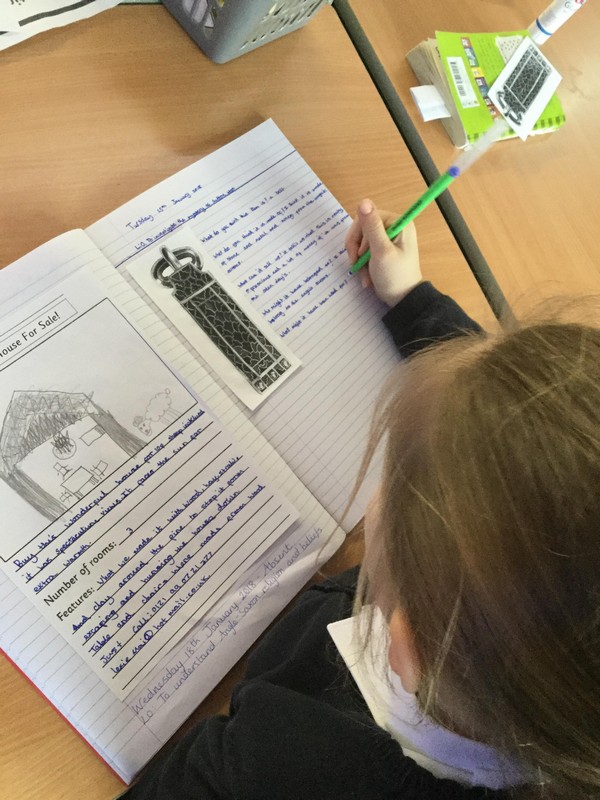 This afternoon Year 5 learnt all about the mystery of Sutton Hoo from the Anglo-Saxon period. The children were very interested in what it was and what was found there.

We then looked at a series of artefacts that were found at the ship burial and the children discussed what they thought each one was. For each artefact they discussed what it was, what it could have been made of, who it might have belonged to and what it tells us about the Anglo-Saxons. 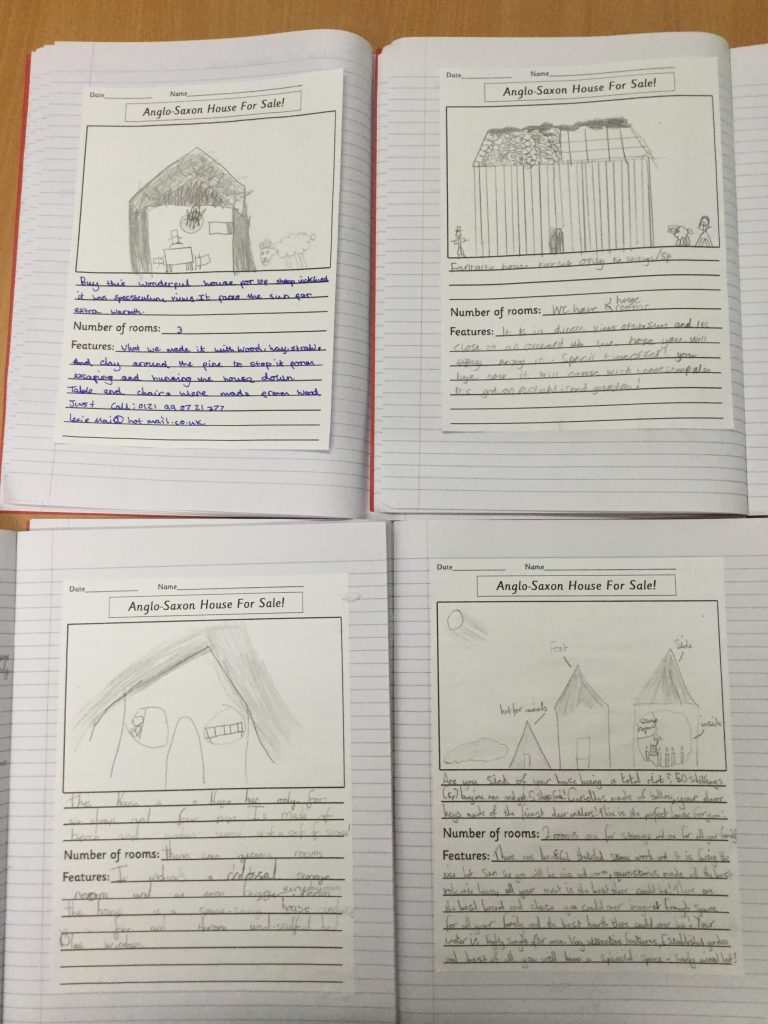 Year 5 continued with their investigation skills this afternoon and set about finding information on Anglo-Saxon housing.

Their task was to gain facts about how and where Anglo-Saxons lived. Working in pairs gave the children to share their ideas and pool their thoughts together.

Some great facts were found:

Kestrels have spent part of this week investigating their own questions about the Anglo-Saxons. Following their research, they have then spent the afternoon creating their own information text, completed in the style of their choice. Children thought carefully about how to present the information and have choices include PowerPoint, Word, Publisher and writing / drawing a poster.

The children have worked with great focus throughout, discussing the relative merits of different presentation techniques and evaluating the effectiveness of their choices.