Today Year 5 tested their parachutes. They had previously designed and made their parachutes with a view to testing their hypotheses out.
They were varying sizes and shapes but they all held a toy soldier at the bottom.
The class then dropped their parachute from the same height and timed how long it took to reach the floor. After doing three drops they worked out the average of the three. Do you know how to work out the average of three times?
They added the three times up and then divided the answer by 3 (because there were three times). This gave them an average drop time.
They found that parachute Number 5 had the slowest drop time, over 2 seconds. This meant that it had caught more air coming down, this slowed its fall down, because there was more air resistance.
Having watched each other dropping the parachutes it gave the class an idea of how best to keep tests fair. Being precise on the height, the angle, how you hold the parachute to drop it and accuracy in calling to drop and stop recording were all important.
Well done Year 5, you worked hard on the experiment.
Year 5 began their exploration of gravity and air resistance this week.
They were all given a plastic bag, wool, Sellotape and a small plastic figure.
They worked out what type of parachute they wanted to make and then constructed it.
Have a look at how they did with their designs. Do you think they will be effective? Why?
There were a number of different designs and ways of attaching their plastic figure.
They will test them to find out how effective they were and if they needed modifications.
The children all predicted which of the class’s designs they thought would fall the slowest, which would mean the parachute created more air resistance.
Year 5 have begun their science topic of Earth And Space. The children had lots of facts to share with each other and over the topic we will be able to clarify some of these ideas.
The children have some rocket words which are key topic words – these will be reviewed each lesson.
Our rocket words for this topic are:
Heliocentric
Geocentric
Nicolous Copernicus
Ptolemy
Orbit
Ask Kestrels if they can explain them to you. We are trying to remember them and their definitions.
We also looked at the planets in the Solar System. We have learnt a mnemonic to help remember the order of the planets. It is:
My Very Energetic Mother Just Served Us Noodles
Have a look at Jessica’s super neat work. 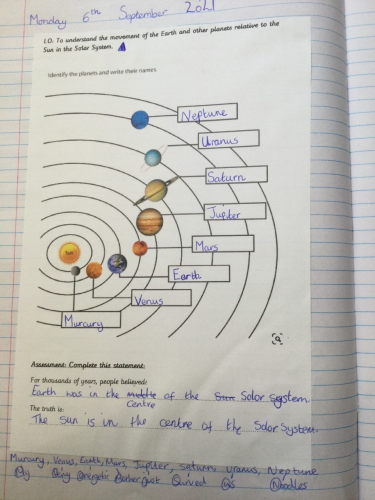 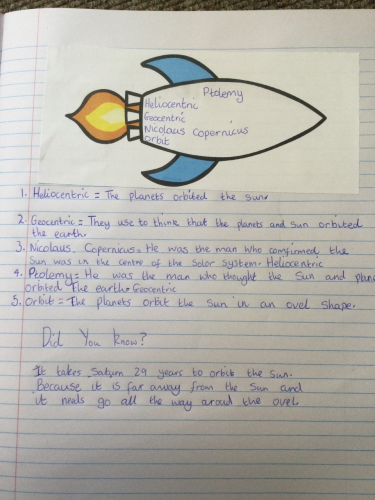 Year 5 have continued with their science investigations into materials and their properties. This week, they have been testing materials such as salt, sugar and gravy to establish whether a material is soluble or not. They then had to carry out a series of investigations to establish whether a different temperature of water would affect their results. Tomorrow they will analyse their results and draw a bar chart to represent their findings. 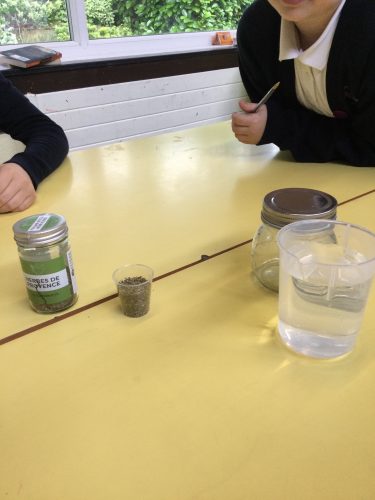 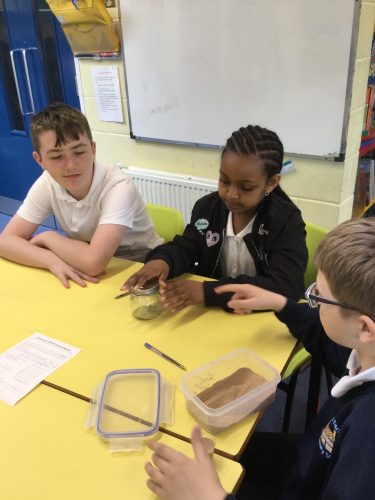 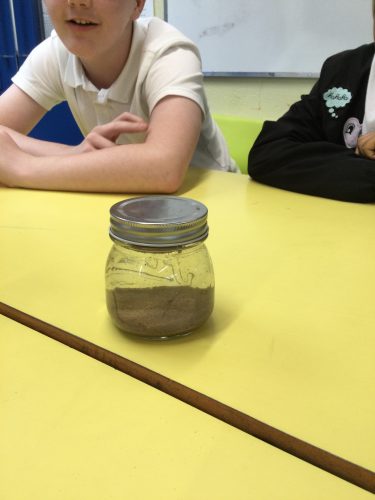 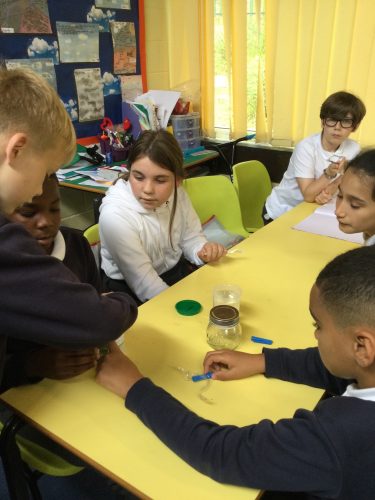 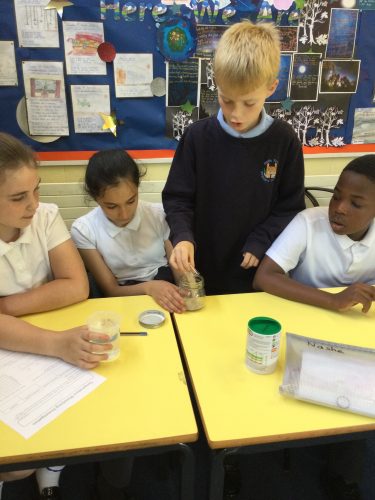 Continuing with the topic of Materials and their properties, year 5 have planned and carried out an investigation into which materials would be suitable for use in football floodlights. They set up their circuits and chose various materials to test. They studied the brightness of the bulb to see which material was the best at conducting electricity. They then discussed their findings and offered their recommendations. Super team work year 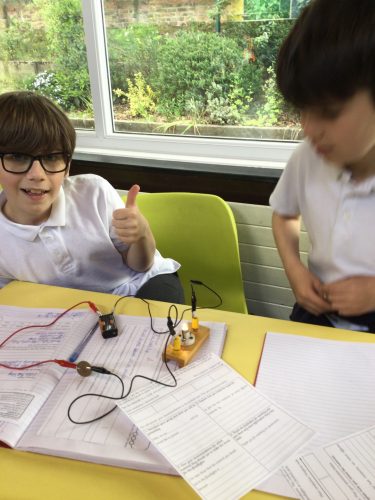 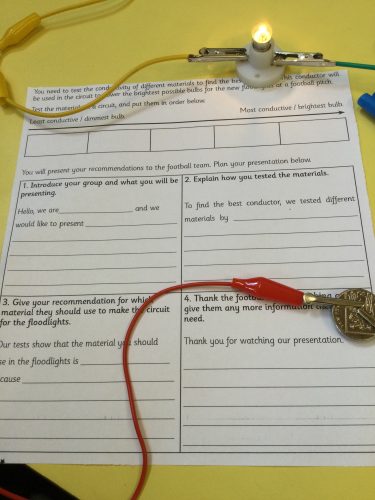 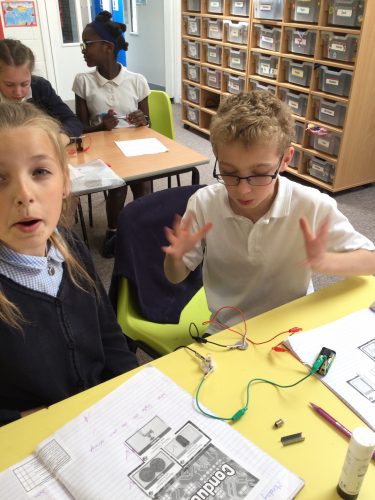 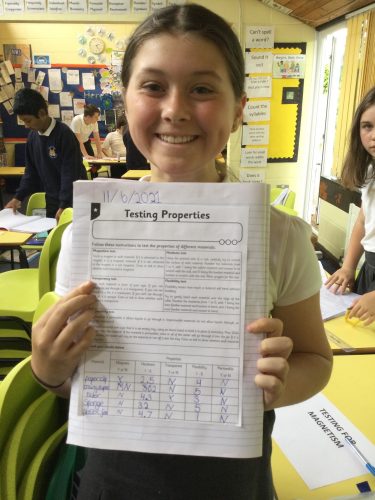 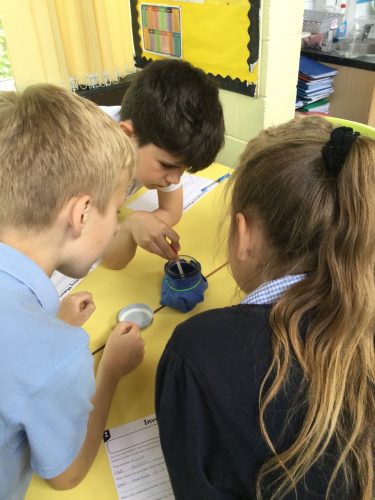 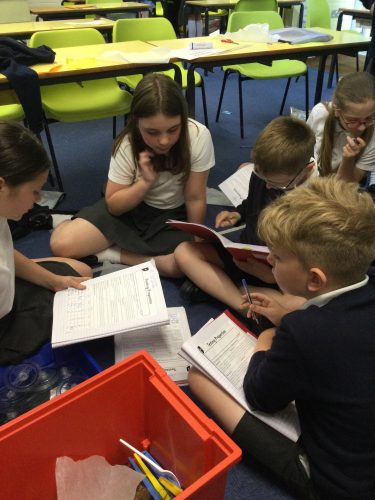 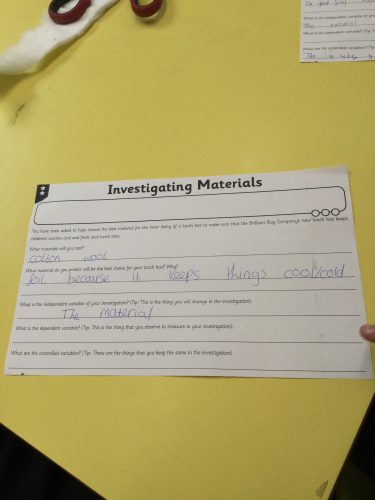 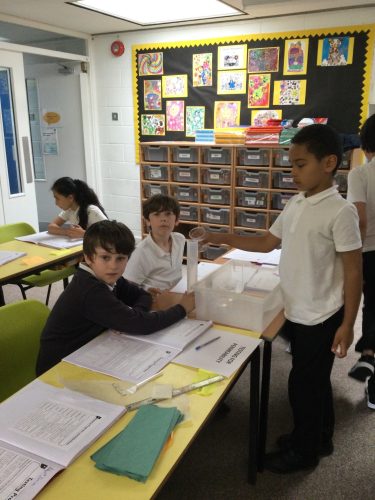 Year 5 have been busy learning about materials and their properties. Last  week, they were testing materials to see which was the best lining for a lunch box.

In groups, the children worked together to carry out a fair test of materials such as: sponge, cotton wool and bubble wrap. They tested each item for magnetism, transparency and permeability as well as flexibility and hardness. Ice cubes were placed into glass jars and each jar was wrapped in 1 particular material. They then timed each ice cube to see which material offered the best insulation. This week the children recorded their results and decided which insulator they would choose to use for their football floodlights. 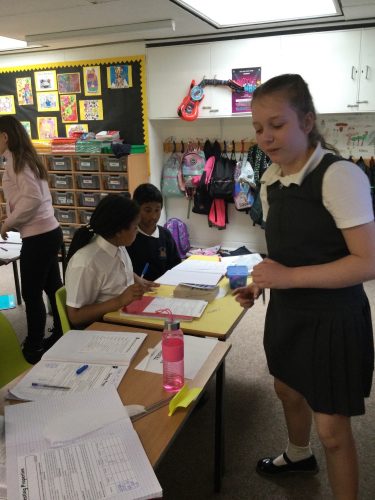 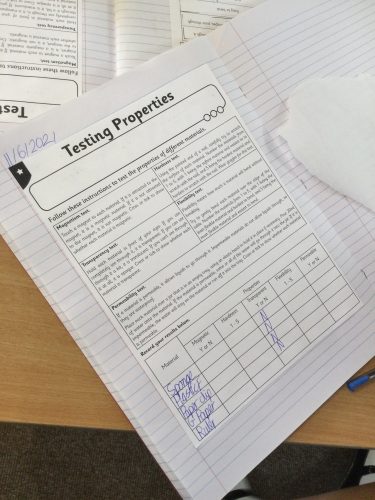 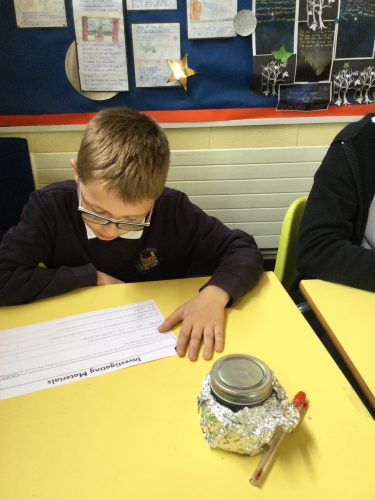 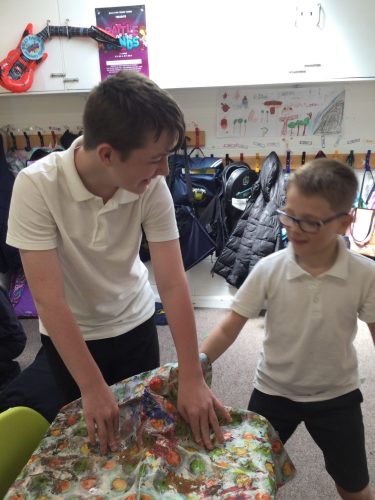 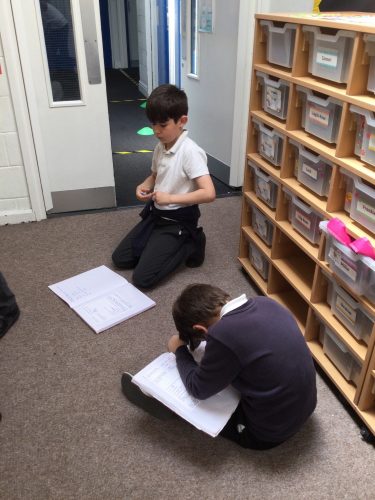 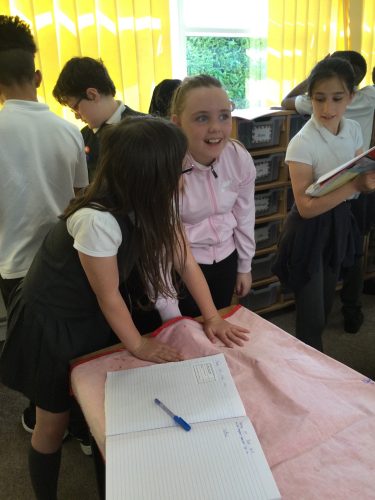 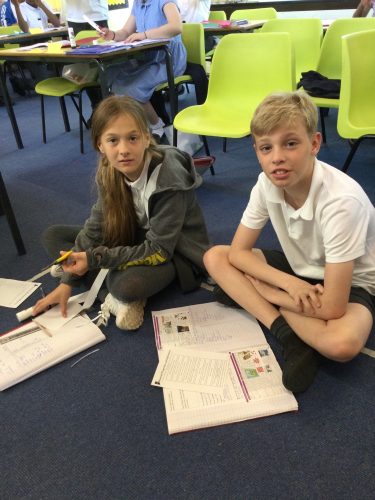 Year 5 have started their new topic this week – Materials & their Properties. They began by feeling various objects hidden under a cover, and used a range of words to describe what they could feel. They then had to match descriptions of words to words such as permeable and transparent. It was a lot of fun and the children learnt a great deal.

Here is a lovely picture sent in by Oliver demonstrating how light and dark shading can be achieved. Well done Oliver!⭐ 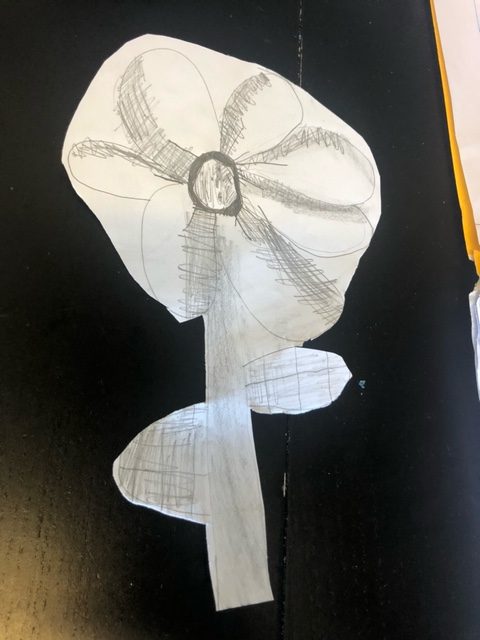 Year 5 have ended their forces topic with an investigation into friction. They were asked to test various materials to see which one would be the most suitable material for a set of breaks for a tricycle. They had to decide which variables they would change and which ones would need to stay the same, in order for a fair test to be carried out. It was a fun filled lesson and the children now have an excellent knowledge of both water and air resistance and friction. 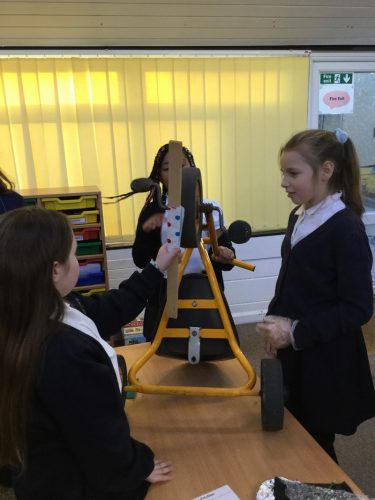 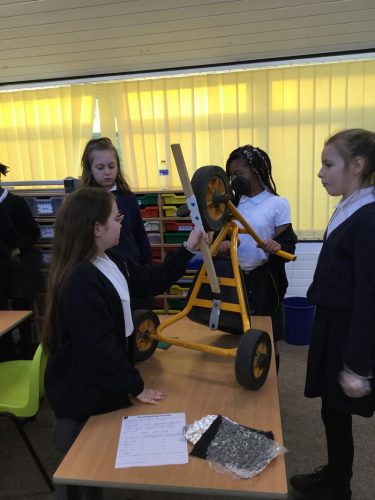 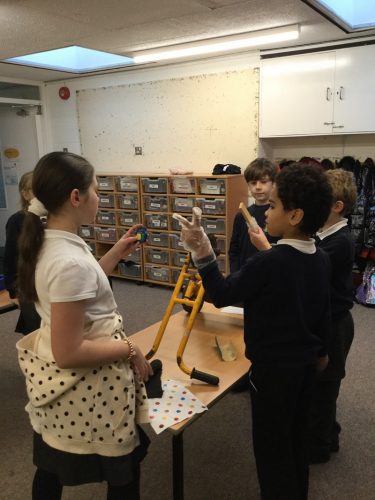 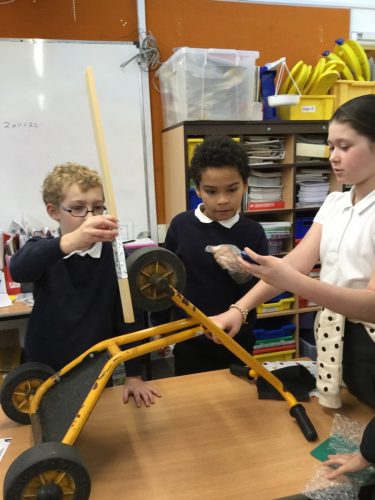 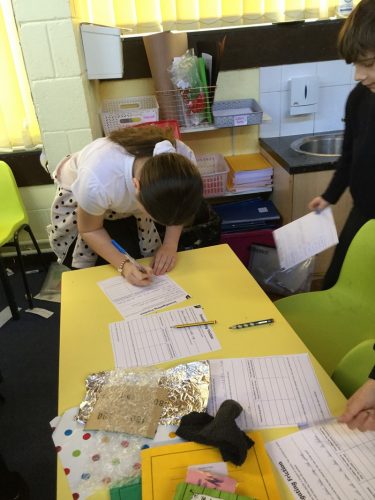 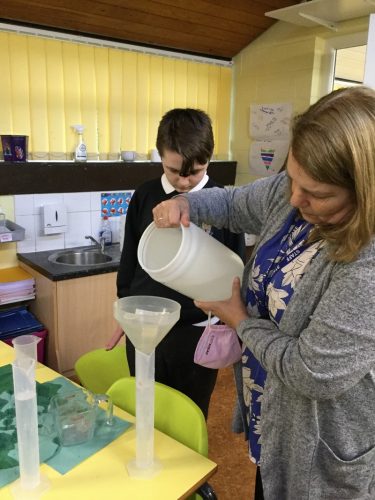 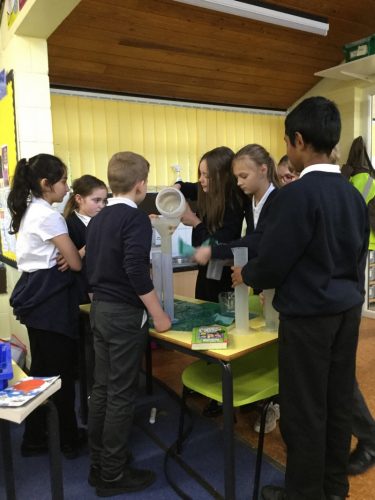