A stunning piece of writing from Evie for this week’s writing challenge.

Food – by Evie
I am eating, nice foods await.
I guzzle my drink and clear my plate.
Green slippery cabbage, potatoes and peas;
Dessert….? Why, yes please!
Ice creams are yummy,
or cakes and a scone;
oh no, too late…
they’re already gone.
Yum yum, food is tasty.
But savour the flavour and don’t be hasty. 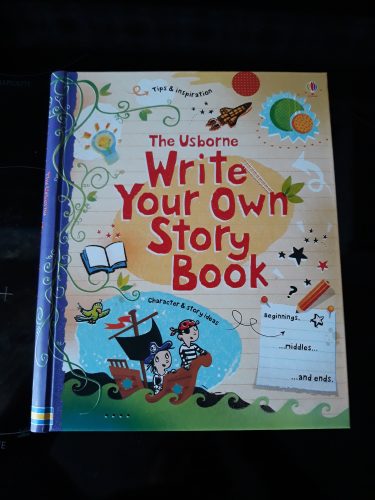 Here is Demi’s plan for her story… it looks great. 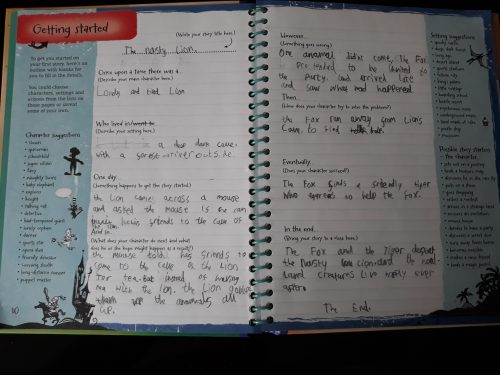 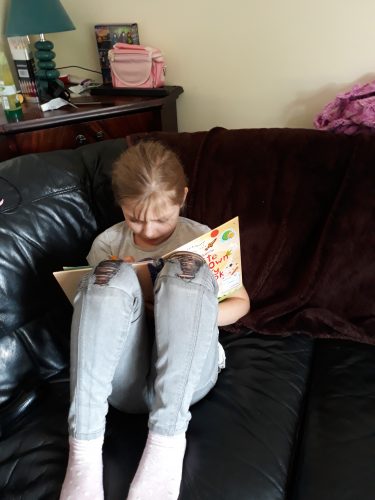 Poseidon’s Rise by Melissa
There was once a brother and sister, Jake and Lily. She was 13 and her brother was 12, they were  the bestest of friends. They lived in a cottage in the forest.  The cottage was a foggy grey, it also had  dark panels going down the sides,  the house was quite little but had everything they needed and was perfect for the two of them. After dinner they would go out for a walk, always finding new places inside the forest.
The pair ate  dinner, they started getting ready for their walk. The day before, Jake saw a path which he wanted to go and look at. Minutes later, they had found the pathway and started strolling down it. Rays of sunlight passed through the leaves and shone on them. You could faintly hear the rustling of the leaves and grass swaying. They had started a conversation while going down. They finally reached the end and examined the place. Lily saw an ocean blue glow from behind the bushes. Jake came over and they both decided to go and have a look. As they both walked carefully through the bushes, not to get hurt, Lily got to the end and saw that it was a small lake. Not any ordinary lake though, it was crystal clear and it glowed. They decide to stay by it for a while. Jake wanted to go swimming in it, as it was quite shallow. Lily didn’t like the sound of it but Jake was already in the water. She then decided to take some pictures of the landscape. She came back and didn’t see her brother anywhere around. Lily waited to see if he came back up but after some continuous minutes, she got scared and decided to go in the lake.

Lily started swimming down to the bottom of the lake trying to find her brother. When she got to the bottom, she fell into a big gaping hole. She started panicking as she was falling downwards really fast. She  landed on something soft, she opened her eyes and noticed she was lying on a very weird mushroom type plant. It was green and had white spots on it, like polka dots. She got off it and looked around at the unusual land she had fallen into. There were loads of the mushroom looking plants all around her. She had no idea where she was, so she decided to look around for her brother and to get familiar with some of her surroundings. She walked a bit further and found a particularly weird looking hole in a wall. She decided to go through it and ended up seeing her brother trapped! Lily attempted to get her brother out but she saw a massive figure walking towards them. As it came closer, she noticed it wasn’t anything human like. It was Poseidon, the God of water. She backed up and tried thinking of something for both of them to escape. She shouted “Look there’s seaweed !” Poseidon ran off in the direction she was pointing in and tried to find the seaweed, but there wasn’t any, she quickly untied her brother.

They both started running away trying to find their way back. They stopped for a break and heard footsteps behind them. Poseidon was back! Jake ran and Lily then started catching up behind him. Jake shouted when they were both at the hole to the cave and massive boulders blocked the entrance and Poseidon couldn’t get them anymore. Both of them were trying to find the way back home. They found the hole and went up it and swam to the top of the river. They noticed it was dark so they made their way back home. They had some tea and had a conversation and then went to bed…

Here is Sophie’s entry for the writing challenge last week.

And she has been keeping busy by making a rather impressive apple powered clock! Well done Sophie! 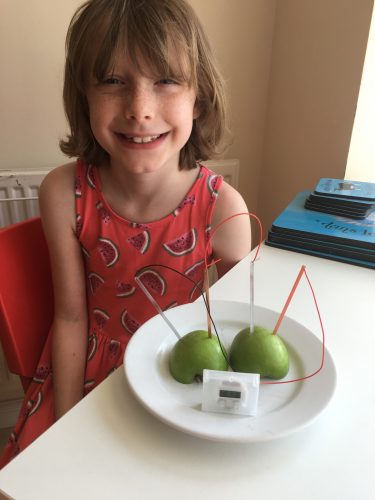 Here’s the video link for the White Rose worksheets

Hi Kestrels, here is your home learning for this week. A huge well done to all those children who have been working so hard at home and also to all those that have sent in pieces of your fabulous writing – Miss Knapman is busy replying to you all.

Just remember to use the teacherhelp@bellsfrm.bham.sch.uk e-mail.

Melissa’s entry for this week’s writing challenge, she chose a to spend the rest of her life in a library… which one did you choose? 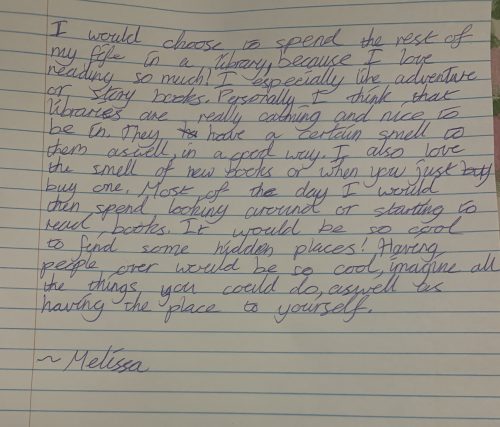