Year 5 were given a super surprise on the last day of half term! We were visited by Tim, the super author of Poppy and Lord Ted: The First Summer. He had sent a video message for Lily on her last day with us, and wanted to read extracts from his next book!
Thankfully, Tim brought Lord Ted so we could have a cuddle with him. The video was a lovely surprise for Lily and everyone in the class. Tim will be visiting again for his title launch in September, which will be with us here at Bells Farm! How exciting is that!
Tim read out some edited parts of the book that we had heard before, the changes were amazing. The headteacher is now called Mrs Calbreath as well as now EVERY member of Kestrels having their name in the book. Every single member – that is so special. We are all now part of Poppy’s new adventure. It is extra special that Poppy’s new best friend is called Lily Rose (Rosie for short). We can’t wait to read the whole book…well Mrs Sabir has read it but she has been sworn to secrecy….
Tim was kind enough to sign his first book for all those in the class who have bought their own copies.  We are looking forward to seeing our friend Tim again and can not wait for the book launch in September.
Watch this space… 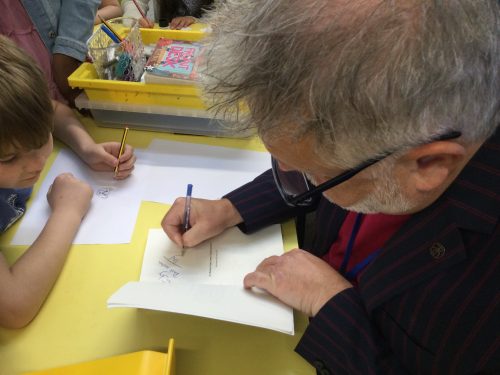 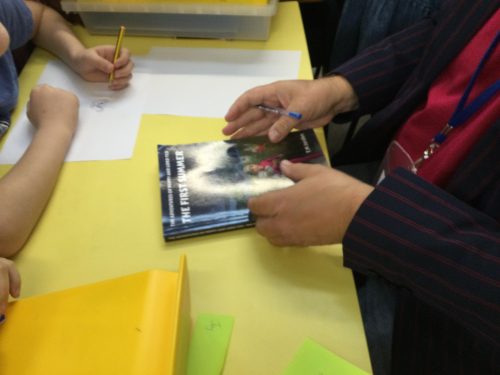 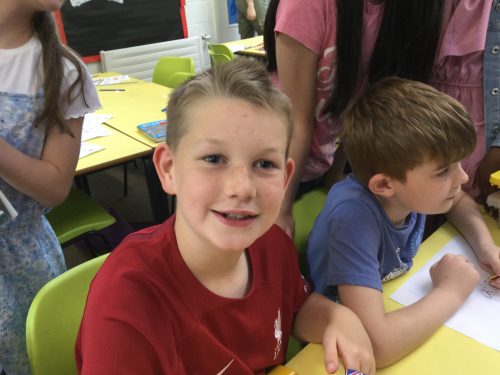 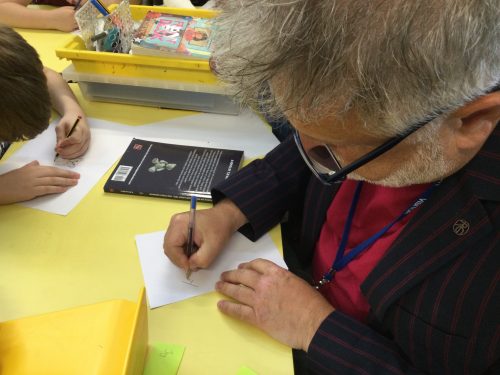 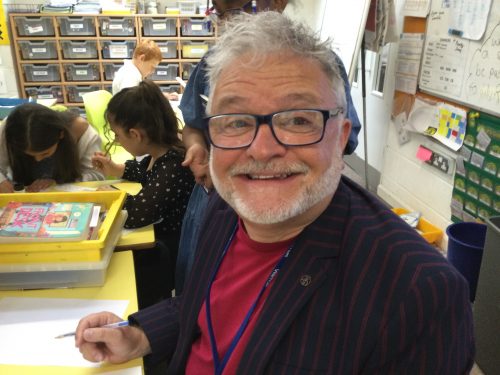