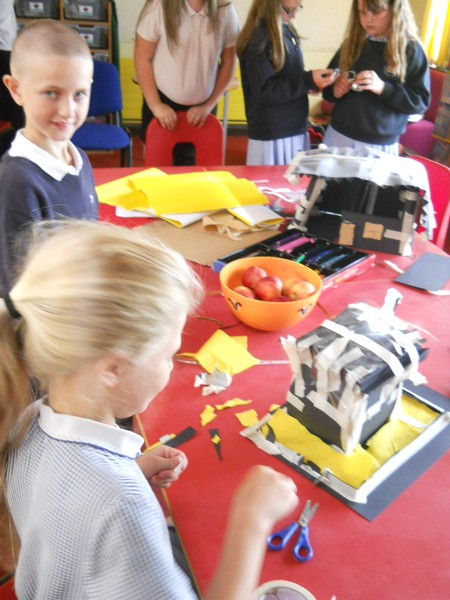 After being made homeless for many months now, Year 5 have made Mr Lego man a home.

They vigorously tested different materials to see which were strong, stable and waterproof. Paper was used in different structures to make it more stable.

All these things were taken into account and the class designed their house for Mr Lego man.
The Lego Man inspected each property during a down pour to see how waterproof the structures where. The results can be clearly seen in the pictures here. 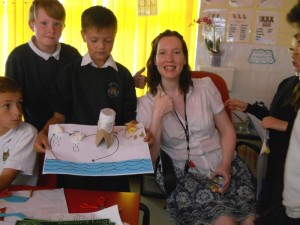 They were able to show they understood the key concepts of evaporation to condensation to precipitation. I was really impressed by the range of creativity shown and the detail put in by some children. Enjoy the pictures. You might recognise a theme in some of them. 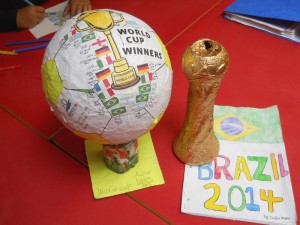 What a very busy week we have had in year 5.

It started with the boys visiting Turves Green Boys School with Mrs Johnson. They had a brilliant morning making news reports, taking up the roles of camera man, reporter, witness or presenter. Everyone had a go on the apple mac computers, creating their report, what a real treat.

The overwhelming comment from the children was how good the toast was. Something to bare in mind the next time they ask to go on a computer.

On Wednesday we were all off to the Symphony Hall to join in the celebration of young musicians. We heard some brilliant choirs and orchestras. It was incredible to see the talents of children so young.
Well done to all of year 5 who joined in so well and really appreciated the talent we were shown.
We also took some time to visit the new library. We had a good look around the children’s section were we found lots of books we would have liked to read. Something to do during the holidays.

Today we had some amazing entries for the world cup competition. Well done to Katie and Caitlin who have been put forward as class winners. Take a look at what they have created. They were so different but both show a high level of effort.

Congratulations also to the children who achieved their full passports this term. You showed such an improved effort this half term and it really showed.

Here’s to another great week next week. 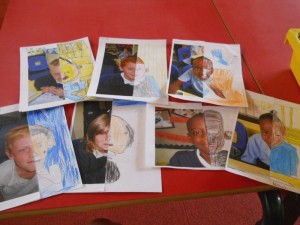 What a great day I had on Wednesday getting to know you Year 4. I’m so looking forward to having you in September.

Everyone had a go at creating symmetrical shapes. We even started using coordinates to do this as well, plotting and reading them.

After break you all wrote a letter introducing yourselves to me. I really loved reading about what made you special and what you want to do better next year.

In the afternoon year 4 used their new symmetry skills to complete a semi self portrait. They were given half a picture of themselves and needed to complete the other half by drawing. I was really impressed with their concentration and effort, especially those which art is not their favorite subject.

Enjoy the pictures of their self portraits and a selection of their letters to me. 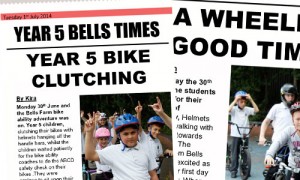 The children in Year 5 have started their cycle training today, following the first session, some of the children then wrote a piece in the style of a newspaper report. Read them below:

We will be adding to these blogs as the week goes on so watch this space.